Stepping out to serve in the 3rd:

It took a while, but Karen Kearney has come full-circle when it comes to Spokane — and especially the 3rd City Council District. “Five generations of my family have lived in that part of Spokane,” Kearney said.

And once again Karen is stepping out to further serve the territory she knows and loves so very well by adding her name to the list of candidates seeking an open District 3, Pos. 2 Spokane City Council seat.

Born in Spokane in 1952 at Fairchild AFB, Karen first came home to her grandparent’s home in West Central while her father was deployed to Korea.

Karen moved with family to Seattle in 1962 where she spent the next 30 years and where she met her late husband, Chuck, a career law enforcement officer. The Kearney’s spent 5 years after retirement in the Bitterroot Valley of Montana but found Spokane’s magnetism too strong, returning in 1997.

It was then and there where Karen’s gift of service to others blossomed.Her work over the past decade speaks for itself. In a very visible way, Karen has been chair of the Balboa South Indian Trail Neighborhood Council for nine years. She has worked closely with other neighborhood councils on a variety of matters with a keen eye on public safety.

But as the old saying goes about service to others, it is what goes on behind the scenes where others do not notice that may matter the most. Karen has worked on senior citizen issues, built free libraries and has been a crusader for law enforcement and fire issues and much, much  more for decades.

“I am passionate to serve my neighbors in the 3rd District of Spokane on the issues of public safety, economic development and infrastructure and hope to earn a seat on City Council,” Kearney said. 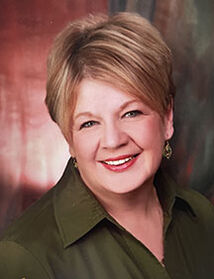 Spokane-born, Karen Kearny has spent  large parts of her  life living and working for  the 3rd District.

Please feel free to contact me with your questions or comments: